General Motors-backed EV startup Lordstown Motors has been accused of fabricating some of the 100,000 preorders for its forthcoming Endurance electric pickup and misleading investors, the public, and government regulators about how much progress it’s made in developing the truck.

The accusations come in a new report from short-selling firm Hindenburg Research — the same firm that published a report about hydrogen trucking startup Nikola that led to the founder resigning his position and a major restructuring of that company’s business. Hindenburg says in the report, published Friday, that it has taken an unspecified short position in Lordstown Motors, meaning it stands to make money from the startup’s stock price falling.

The accusations from Hindenburg could also raise questions about General Motors and the due diligence it does on the startups it backs. GM, the biggest automaker in the US, had previously planned to take a big stake in Nikola before Hindenburg’s report came out last year.

Lordstown Motors got big support from the Trump administration

GM has backed Lordstown Motors since its inception and has a seat on the startup’s board. It loaned Lordstown Motors $40 million so the startup could buy a plant that GM shuttered in Lordstown, Ohio — a deal praised by then-president Donald Trump that eventually led to a White House photo-op and then-Vice President Mike Pence appearing at the Endurance unveiling event.

GM also invested $75 million in Lordstown Motors as part of its merger with a special purpose acquisition company, or SPAC, which turned the startup into a publicly listed company on the Nasdaq stock exchange and helped it raise nearly $700 million total. (The startup has since said it’s in the “due diligence” phase of obtaining a loan from the Department of Energy (DOE), too.)

“The $75 million investment from General Motors in LMC included certain in kind contributions that have already been provided to Lordstown. These include the plant itself. We have nothing to say about the report,” GM’s director of finance and sales communications James Cain said in an email. Representatives for Lordstown Motors and the DOE did not immediately respond to requests for comment.

Lordstown Motors has claimed to have presold 100,000 pickup trucks to date. But Hindenburg accuses Lordstown Motors founder and CEO Steve Burns of paying consultants to preorder the startup’s electric pickup truck — something Burns confirmed to The Wall Street Journal on Friday.

The firm claims multiple big-batch orders for the truck were from companies that either exist mostly on paper or don’t operate vehicle fleets to begin with. One order for 14,000 trucks — which would cost more than $700 million — was placed by a Texas company with just two employees on LinkedIn. Another order for 1,000 Endurances was from a similarly small company, the CEO of which allegedly told Hindenburg he had no plans to buy the trucks.

Hindenburg also includes claims in its report that some preorders are nonbinding and require no money upfront, though this is a practice that has been common among startups in the space that try to book orders before getting a vehicle to production.

While Burns has stuck to a September 2021 date for getting the startup’s pickup into production, Hindenburg says it spoke to former employees who believe the truck is at least three years away from being ready, including one who allegedly claimed that the startup has not completed cold weather and other testing required by the government. The report also cites a local news report of one of the startup’s prototype trucks catching fire in February as further evidence.

Lordstown Motors’ relationship to Burns’ previous company, fellow Ohio EV startup Workhorse, is also called into question in the report. Burns founded Lordstown Motors shortly after leaving Workhorse in 2019, thought Hindenburg claims he was fired. Workhorse did not immediately respond to a request for comment.

As it entered into the deal with GM to buy the Lordstown factory, Burns’ new startup struck an agreement with Workhorse to license IP for a pickup truck that his former company was never able to get off the ground. Hindenburg claims that Workhorse was more than happy to unload the pickup truck. This deal has paid off handsomely so far for Workhorse, too, as Lordstown Motors paid $15.8 million for the IP, plus another $4.8 million when the new startup went public. Lordstown Motors also handed Workhorse a 10 percent stake that is now worth some $300 million based on the new startup’s stock price as of the end of 2020.

Hindenburg obviously stands to benefit from any hit to Lordstown Motors’ stock price. The firm’s research into Nikola did lead to that startup performing an internal investigation, which turned up evidence that founder Trevor Milton did in fact make “inaccurate” statements about his company before he ultimately resigned. But Nikola claims the results of the investigation do not line up with Hindenburg’s accusation that that the startup is an “intricate fraud.” Department of Justice and Securities and Exchange Commission investigations into Nikola are currently ongoing.

Deliveroo could leave Spanish market ahead of on-demand labor reclassification

For tech firms, the risk of not preparing for leadership changes is huge 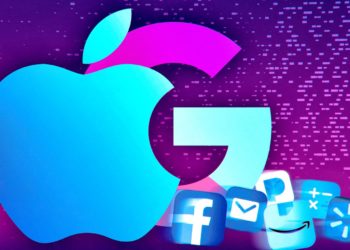 Vergecast: this quarter’s earnings for Apple, Samsung, Google, and Microsoft

4 Top Marketing Automation Tools Your Team is Missing Out On

From dorm rooms to board rooms: How universities are promoting entrepreneurship