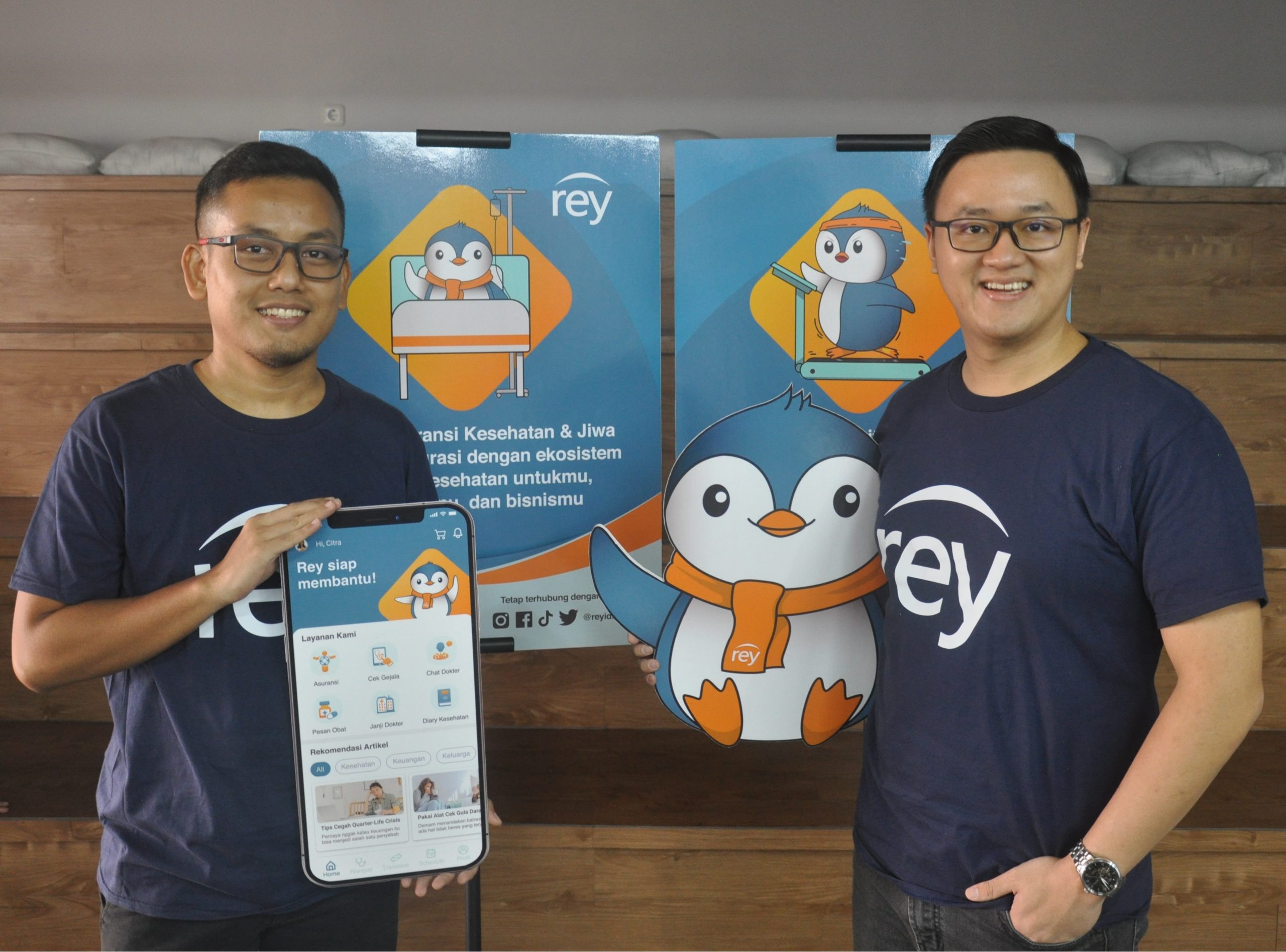 Health insurance is the kind of thing people usually only think about only when they need it. Otherwise, their policies are just paperwork in their files or cards in their wallet. Indonesian insurtech Rey Assurance is taking a new approach. Once someone becomes a member, they also get access to a platform of health services, including AI-based self-assessment tools, 24/7 telemedicine consultations for no added fee and pharmacy deliveries. The startup is launching out of stealth today, having already raised $1 million in pre-seed funding from the Trans-Pacific Technology Fund (TPTF).

Rey was founded this year by Evan Tanotogono, former head of digital channel at Sequis, one of Indonesia largest insurers, and Bobby Siagian, who held lead engineering roles at companies including Tokopedia and Sea Group. They are joined by insurance industry veteran David Nugrho as their chief business officer.

They created Rey to address the low penetration of life and health insurance in Indonesia. “When you look at the root causes and pain points, you are looking at problems that are systemic here,” Tanotogono said. These include low awareness, expensive distribution channels like agents and telemarketing, high premiums and complicated policies.

“People feel like the product is really complex, the process is difficult and they don’t get the best value for the money. It’s been that way for many, many years,” he told TechCrunch. “We believe that we cannot just go into the market and digitize part of the value chain.”

Plans start from about $4 USD per month and are available for individual or groups, like families, and small businesses. Rey’s wellness ecosystem was created to give customers more value for their money, and help differentiate it from other companies in Indonesia’s growing insurtech industry. Some other startups that have recently raised funding include Lifepal, PasarPolis and Qoala.

“Right now, if you look at insurance in Indonesia, if the premium is high, maybe 80% or 90% of that is used for the distribution channel. Now if we optimize something for digital distribution, then we can reduce the price and use the rest for the wellness features,” Tanotogono added.

TPTF managing partner Glenn Kline told TechCrunch that Rey’s founding team was “really the driver” for its investment. “We felt these people really know where the pain points are and they understand clearly how not to try to change the legacy system, but create a whole new platform from the very beginning, where the core value proposition is an integrated solution that is simple and hassle-free.”

Instead of doing the underwriting themselves, Rey works with insurance partners to design proprietary policies. The goal is to have an onboarding process that is completely online and only takes about five minutes, and a mostly cashless claim and reimbursement system through Rey’s payment cards. If its payment card can’t be used at healthcare provider, claims can be submitted by uploading receipt photos to the app.

Tanotogono said this is much faster than traditional insurance providers, which can take up to 14 working days to reimburse a claim, and made possible with Rey’s proprietary claim adjudication technology.

Rey’s wellness ecosystem currently covers primary care services, including chats and video calls with medical providers. In the future, it plans to add specialists to the platforms.

Customers can also link their health wearables for incentives. For example, if they hit certain step or activity goals, they get rewards like discounts or shopping vouchers. Rey’s long-term plan is to link wearables more deeply to its insurance policies, using data to personalize policies and premiums.

Originally published at https://techcrunch.com/2021/09/12/indonesia-based-rey-assurance-launches-its-holistic-approach-to-health-insurance-with-1m-in-funding/ on September 13, 2021 4:00 am.