Our kids can’t read. As of 2019, roughly a third of US fourth graders were unable to read at the level expected of them. The scores have barely changed in decades. Something isn’t working here.

Litnerd, a company out of New York City, wants to try something new. They’re writing books and building lesson plans with a twist: professional actors, streamed into the class, to recreate scenes from each book and — hopefully! — help keep students engaged.

Litnerd programs are built as four one-hour, once-a-week sessions. Students read the book between sessions; once a week, an actor is streamed to the class to re-enact scenes, bring everything together, and move the story along. Sometimes this actor’s segment is pre-recorded. Other times it’s live, with choose-your-own-adventure elements mixed in to let the students steer the ship.

Something about the whole thing just tugs at my heart strings. It reminds me of “auditorium day” in school; those rare days in which our school brought in a special performer — a singer, a motivational speaker, a puppet show, whatever — to somehow wrangle our collective attention. Those days felt so unique, so special. Even decades later, fond memories of those days stick with me.

While it’s currently basing its lesson plans around existing stories and content, Litnerd has its own publishing operation in the works. The goal is to identify the categories and genres that best catch each age group’s (PreK through 5th grade) attention, then write books that, as the team puts it, “help celebrate diversity and inclusion so that all children can see themselves in the stories.”

Litnerd began its life during the pandemic under a different name: TinyBroadway. TinyBroadway shared a lot of its DNA with what would eventually become Litnerd — actors, beamed in through the magic of the Internet, work through lessons and crafts with a handful of kids at a time. Litnerd shifts the concept from B2C to B2B; whereas TinyBroadway’s customer was the parent looking to fill their own kid’s schedule, Litnerd dramatically expands its audience (and hopefully deepens its impact as a result) by working with schools. 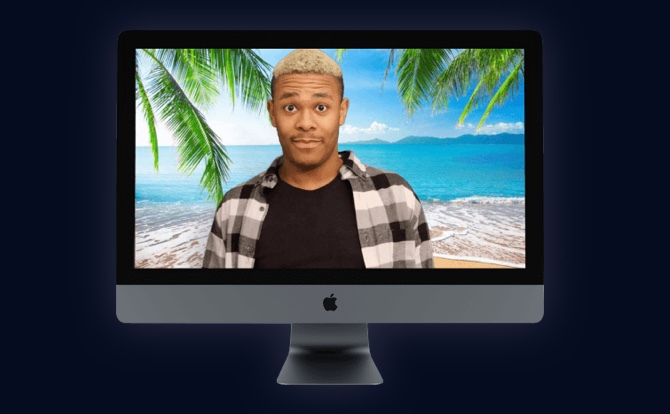 I asked Litnerd CEO and founder Anisa Mirza for her thoughts on the shift via email:

“The reality is, the majority of Americans, some 95%, cannot afford homeschooling. Especially when it comes to K-5 years. And doubly when it comes to parents of children belonging to Title 1 schools (majority of NYC schools),” she writes. “This isn’t simply because parents can’t pay out of pocket. Rather, because for 95% of Americans, school represents free daycare (if both parents have to work a typical 9-5, they cannot afford to stay home and watch little Anisa, no matter how fabulous the online homeschool teacher is!). This is when I realized that if we truly want to disrupt K-12 (esp K-5) education, we need a solution that works from the outside in – being part of classroom time and funded by schools.”

Working with schools introduces new challenges and processes, varying a bit from city to city and state to state. In many regions, schools can’t just bring in a company like this on a whim — they’ve got to work with pre-approved, contracted vendors. Since becoming an approved vendor with the New York City Department of Education earlier this year, Anisa tells me over 14,000 students have taken part in Litnerd’s programs. She expects that number to double in the coming months.

Litnerd’s books, workshops and lesson plans are built around the social and emotional learning (or SEL) practices that most US states expect, bringing in topics like self-awareness, responsible decision making, and social awareness to help students grow more than just their ability to read.

Each book comes with its own lesson plan, complete with worksheets and activities for the students and suggested dialogue to help teachers identify and highlight the intended learnings from the stories.

Importantly, the company seems quite mindful about how it all plays out from the teacher’s perspective. They know that most teachers already have far too much to do, and design lesson plans with the goal of minimizing the amount of work they’re adding to a teacher’s day.

“We need SEL for the teachers, too,” Mirza tells me. “We need a social and emotional break for them, as well.”

It’s also a pretty dang cool gig for actors, particularly as the live acting industry works to recover from the pandemic. Actors currently perform and record all their sessions from home; as Litnerd grows, the company hopes to open up coworking-space style drop-in studios.

Litnerd is currently focused on expanding to more schools in New York City, growing beyond that as the varying regional processes allow.

Dell previews the future of its APEX as-a-service strategy

Amazon’s Zoox unit has built its own self-driving taxi