The 2022 Chevrolet Silverado gets a tech upgrade, hands-free trailering and a new ZR2 off-road flagship

The Silverado refresh comes ahead of GM’s electric vehicle offensive, which will include Chevrolet and GMC pickup trucks. GM aims to deliver 30 new electric vehicles to the global market by 2025 and to transition to all-zero-emission by 2035. GM said the new Silverado trims will arrive at dealerships in spring 2022.

The exterior of the Chevy Silverado also received a refresh, including new front fascia and daytime running lights that animate when the driver walks up or away from the vehicle. But the real change can be found in the cabin — and the hardware and software guts — of the truck. 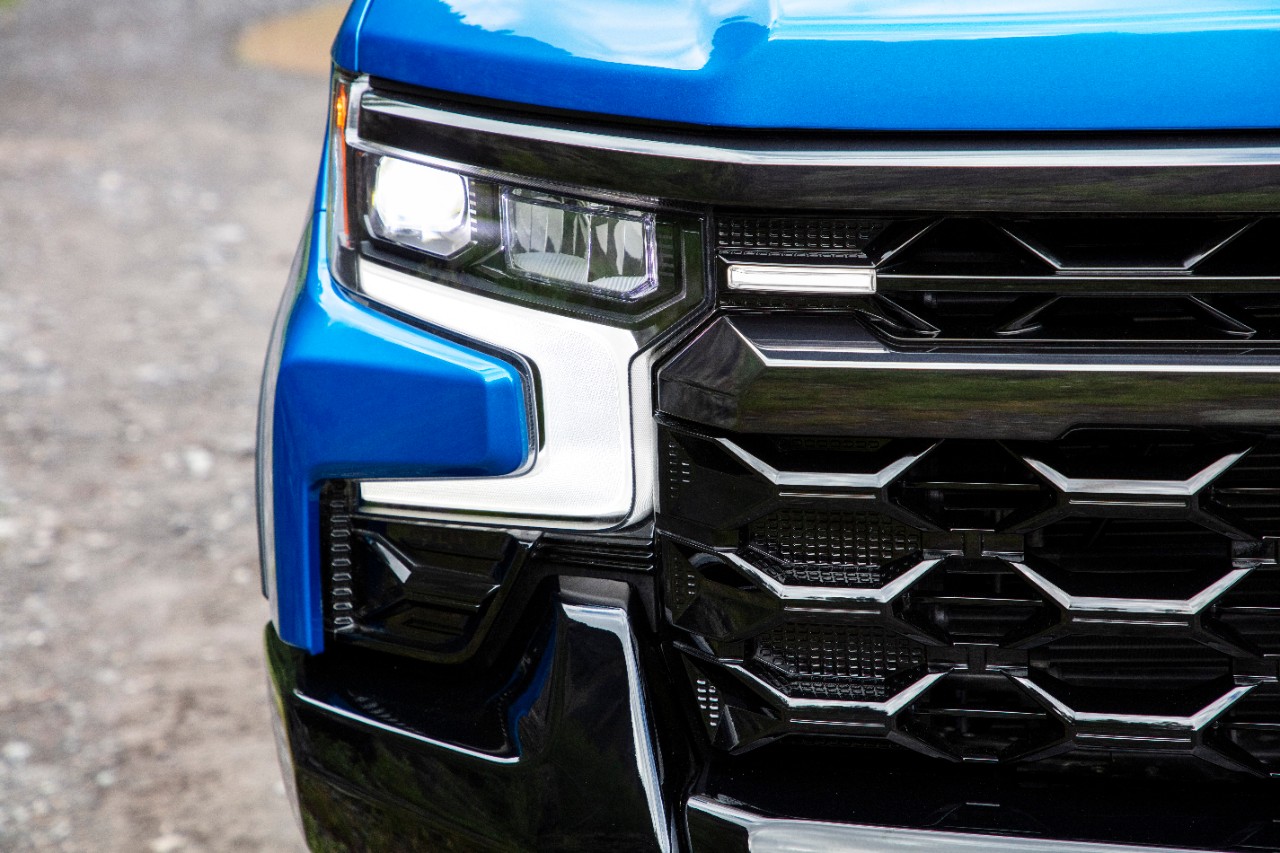 Chevy offers the Silverado in the LT, RST, LT Trail Boss, ZR2, LTZ and High Country trims, all of which come standard with a 2.7-liter turbocharged engine that improves the torque by 20% to 420-pound feet and has a maximum trailering rating of 9,500 pounds in a two-wheel drive configuration. GM also made changes to smooth out shifting and give drivers more power on demand.

The automaker also improved its 3.0L Duramax turbocharged diesel engine to enable a max tow rating of 13,300 pounds in a two-wheel drive configuration. Two other powertrains, the 5.3-liter V8 and the 6.2-liter V8, are also offered.

The interior cabin has been revamped to make it feel more spacious, and includes 13.4-inch touchscreen and a new 12.3-inch configurable digital instrument cluster standard. Owners will also be able to add a rear camera mirror and a head up display. 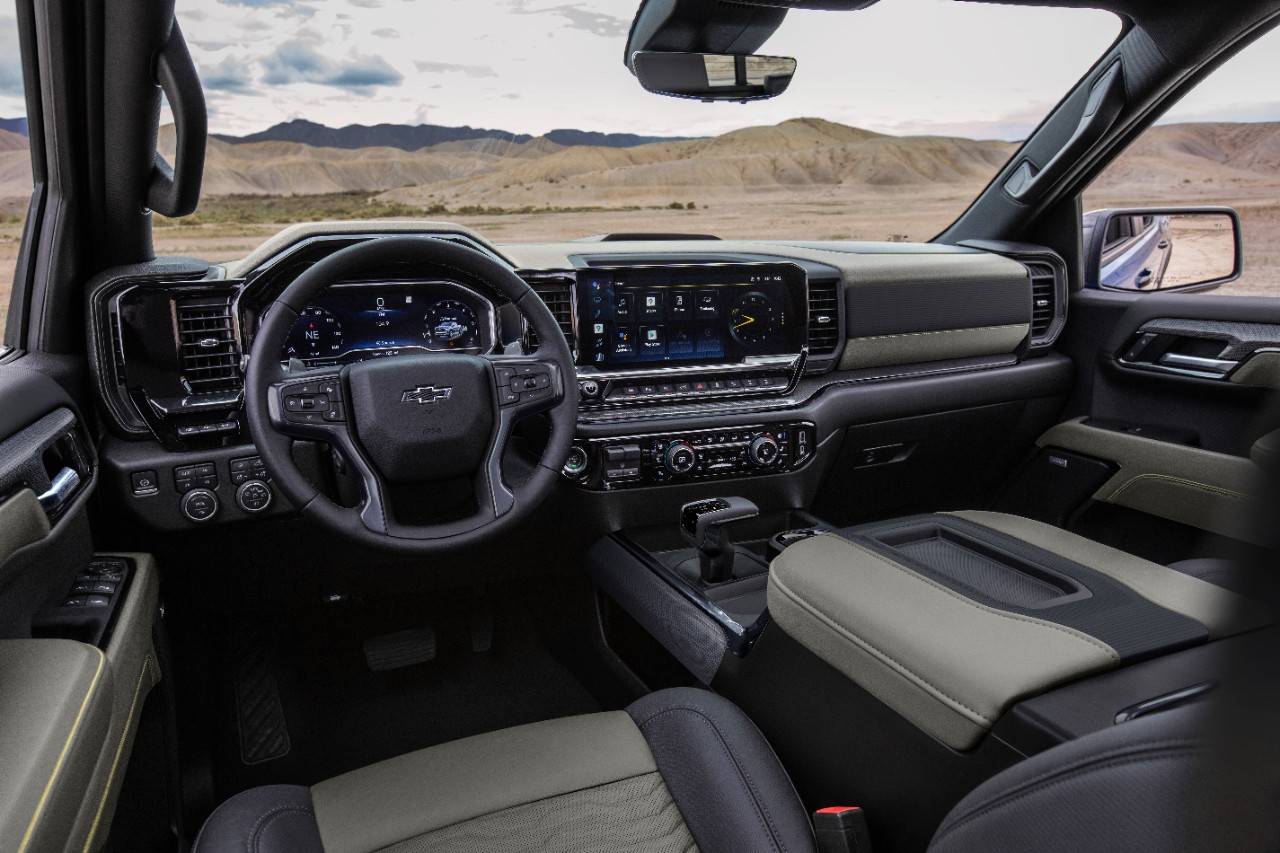 Finally, the Silverado interior will be offered in new colors, seat designs and premium materials. For model trims with bucket seats, the new center console incorporates an electronic shift controller.

Alexandre Scartezini, Chevrolet Truck’s lead interior designer, has described it as more contemporary and refined “with a hint of Corvette influence in its design DNA.”

Moving in deeper inside the vehicle, aka the infotainment, users will find Google, or more specifically Android Automotive, at the heart of the operating system. This means that Google Assistant, Google Maps and Google Play are all integrated into the infotainment screen.

Android Automotive OS shouldn’t be confused with Android Auto, which is a secondary interface that lies on top of an operating system. Android Auto is an app that runs on the user’s phone and wirelessly communicates with the vehicle’s infotainment system. Both Android Auto and its Apple CarPlay counterpart will be offered in the new Silverado. GM said the system also works with Amazon Alexa.

Meanwhile, Android Automotive OS is modeled after its open source mobile operating system that runs on Linux. But instead of running smartphones and tablets, Google modified it so automakers could use it in their cars. Google has offered an open source version of this OS to automakers for some time. In recent years, automakers have worked with the tech company to natively build in an Android OS that is embedded with all the Google apps and services.

The big change is the addition of the automaker’s Super Cruise hands-free driver-assistance technology, which will be an available option on the High Country trim. Importantly, the system can be used even while trailering. Certain features of Super Cruise like automatic lane changing and lane change on demand will be restricted if the truck is towing.

Super Cruise uses a combination of lidar map data, high-precision GPS, cameras and radar sensors, as well as a driver attention system, which monitors the person behind the wheel to ensure they’re paying attention. Unlike Tesla’s Autopilot driver assistance system, users of Super Cruise do not need to have their hands on the wheel. However, their eyes must remain directed straight ahead.

While GM has steadily improved Super Cruise since its introduction in 2017, for years it was limited to its luxury Cadillac brand and restricted to certain divided highways. That began to change in 2019 when GM announced plans to expand it to more models and use cases. The system can be activated on more than 200,000 miles of roads in the United States and Canada.

The Silverado will offer other trailer assistance features, including one that will alert drivers to vehicles in their blind spot. 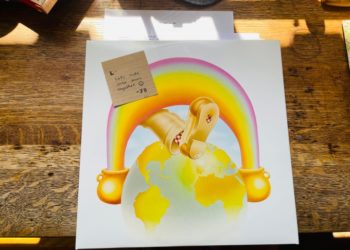 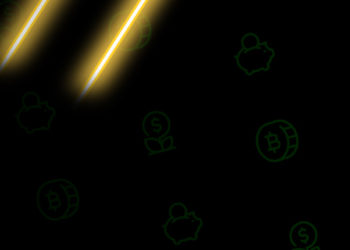 Cyberattack prompts shutdown of major fuel pipeline in the US