Countless popular websites including Reddit, Spotify, Twitch, Stack Overflow, GitHub, gov.uk, Hulu, HBO Max, Quora, PayPal, Vimeo, Shopify, Stripe, and news outlets CNN, The Guardian, The New York Times, BBC and Financial Times are currently facing an outage. A glitch at Fastly, a popular CDN provider, is thought to be the reason, according to a product manager at Financial Times. Fastly has confirmed it’s facing an outage on its status website.

Fastly, the CDN provider, is having a massive outage, resulting in Twitch, Pinterest, Reddit, The Guardian, and the FT returning 503 errors.https://t.co/parKGKwrSU

Update at 3:50 AM PT: Some websites are slowly coming back up. “The issue has been identified and a fix is being implemented,” Fastly says on its status page.

Update at 4:02 AM PT: The issue seems to be resolved. The company hasn’t communicated about the source of the outage yet. Overall, it lasted around an hour.

Content delivery networks (CDNs) are a key part of the internet infrastructure. These companies run global networks of servers to improve performance and availability of web services. CDNs act as proxy servers and cache some data as close to the end user as possible. For instance, media content is often cached at a CDN server near you so that it doesn’t have to be fetched on the original server every time a user loads a web page.

Even though the web is a digital platform, it’s very physical by nature. When you load a page on a server on the other side of the world, it’s going to take hundreds of milliseconds to get the page. Over time, this latency adds up and it feels like a sluggish experience. When a page is already cached, a CDN can usually start sending the content of the page in less than 25 milliseconds.

Fastly in particular is quite popular with media websites. The company went public in 2019. Fastly shares (NYSE:FSLY) are currently trading at $48.06, down 5.21% compared to yesterday’s closing price.

Today’s issue isn’t limited to a data center in particular. Fastly calls it a “global CDN disruption” and it sounds like it is affecting the company’s network globally. 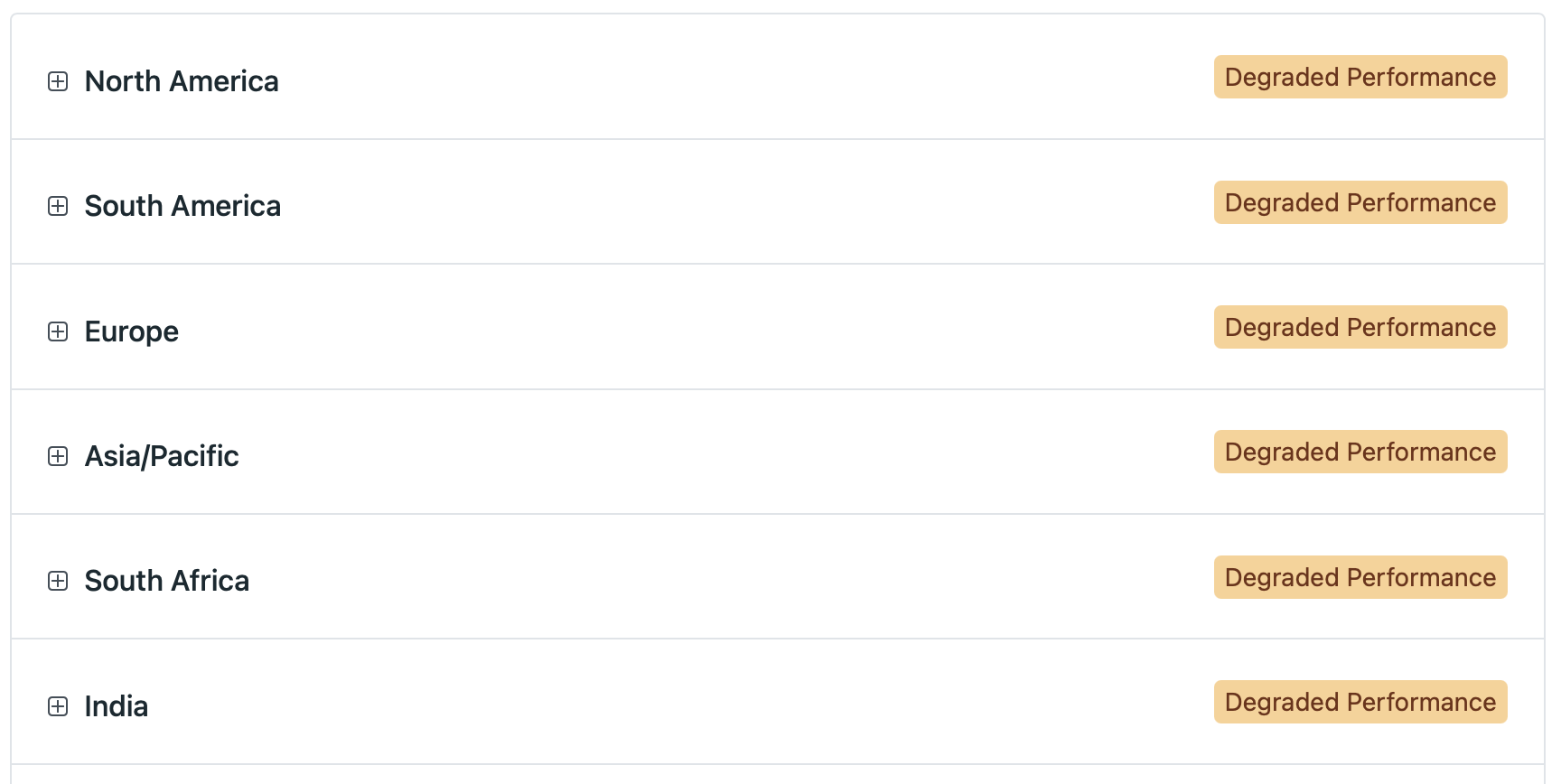 Unplugged lets you play air guitar in VR this fall

Here’s everything announced at the outrageous Devolver MaxPass Plus event

6 Consumer Tech Products Taking the Market By Storm in 2021